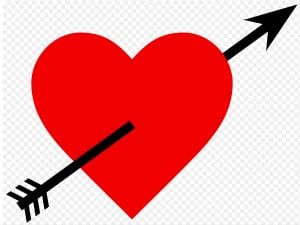 While reading Earnest Hemingway’s masterpiece A Farewell to Arms, I am currently very interested in the growing relationship between Frederick and Cathrine while Frederick is in the hospital. He was afraid of falling in love with her before but now he is glad he has. This realization may be from Frederick taking a leave from war and thinking about it deeply. At this point in novel, I am interested in analyzing how love can persuade someone to leave everything they know behind and simply be with the person they are in love with. A quote from A Farewell to Arms that really showed me how being in love can change someone drastically was one of Catherine speaking to Frederick, “I only wanted to for you. There isn’t any me. I’m you. Don’t make up a separate me” (Hemingway 176). Catherine, here, tells that she only lives for Frederick now and that her desires don’t matter to her now, only Frederick’s do. In this statement, Hemingway enlightens the reader about truly how much love has changed Frederick and his desires.

In A Farewell to Arms, Hemingway has done an outstanding job developing Frederick Henry as a character throughout the novel so far. Hemingway introduced the reader to the main character by simply telling the reader about his whereabouts and his current lifestyle in the war. The author allowed the reader to see only the visible surface of this solidier’s life. Nevertheless, with the progression of events on the battlefield and hospital, Hemingway soon allowed the reader to learn the main character’s name to be Frederick Henry, and to understand more of his internal conflict of whether or not to leave the war. This name and exposure of conflicted desire grants the reader the ability to connect with this soldier on a much more complex level, and for the reader to feel the urge to continue reading the novel to pursue the resolution. This effective slow development and introduction of the main character encapsulates the reader in curiosity to apprehend more about this soldier and his thoughts about his place in the war. 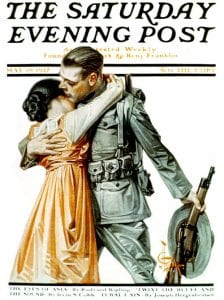 Frederick Henry is an American man in the Italian Army as an Ambulance Driver. He is rather stoic while he sees war fold around him. Frederick sees other soldiers and often talks about the war with them. Overtime he begins to posses growing dismay for the war as he collects stories from other soldiers. He even hears of some soldiers who injure themselves to get out of fighting. This leads him to ponder why, but Frederick still does not fully understand the conflicts war can create until he meets Cathrine Barkley, a nurse on the Italian lines.

After a few meetings with Catherine at night, Frederick starts developing some feelings for her; however, he still is unable to convince himself that he loves her. It is only after Frederick himself experiences injury from the war that he begins to understand the words of the other soldiers. He begins to understand that he takes love for granted. This is when Frederick begins to desire for the war to end and fosters the idea to leave the war with Catherine. Nevertheless, he still is not completely taken by the idea of leaving his comrades and current lifestyle behind. Therefore, Frederick is faced with the conflict of choosing the side of love or war. This dire situation captures my interest. And after careful consideration of the title and plot so far, I believe this conflict will be resolved by Frederick saying a farewell to arms and living his life with Catherine.